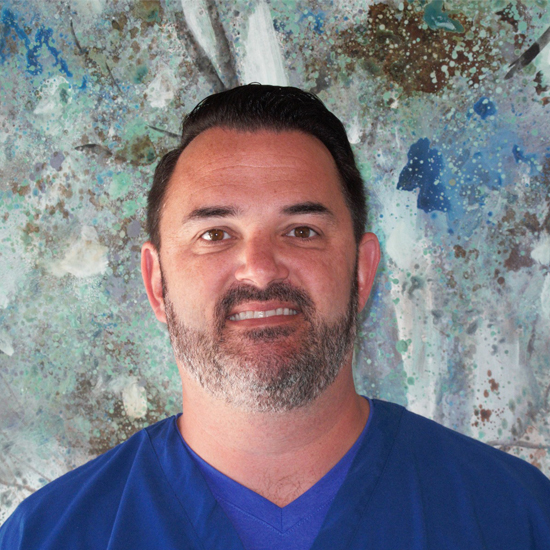 Dr. Michael J. Toole grew up in Shawnee, Oklahoma, a small town with big principles, like hard work and discipline, commitment and compassion. After graduating from Shawnee High School, Dr. Toole took these principles with him to the University of Oklahoma, where he graduated with a Bachelor of Science degree in Business Administration/Accounting. But his heart was in service to others, so in 2000 he enrolled at the University of Oklahoma College of Dentistry, receiving one of the top clinical educations in the country. Dr. Toole graduated in 2004 and began practicing as an associate of Dr. R.A. Van Tuyl. In January 2008, Dr. Toole took over as sole practitioner and owner of MJT Dentistry. 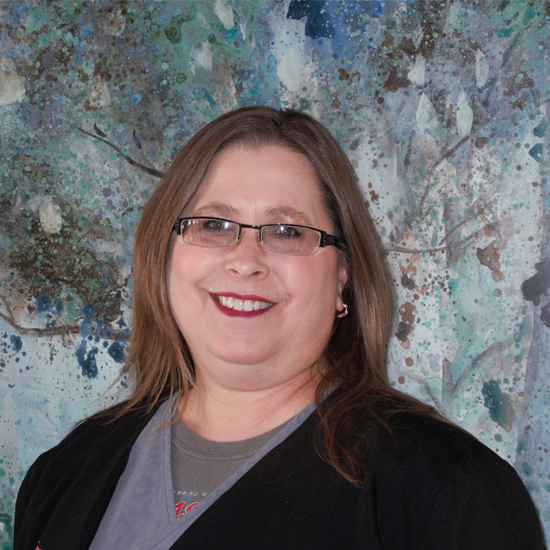 Gena grew up in Berryhill, OK where she still resides with her husband, daughter and 2 dogs. Gena has been in the field of dentistry since 1985 and has been with the practice for 30 years. When she’s not at work, Gena enjoys spending time with her family at the lake, fishing, and hunting. She also enjoys watching different kinds of racing events. 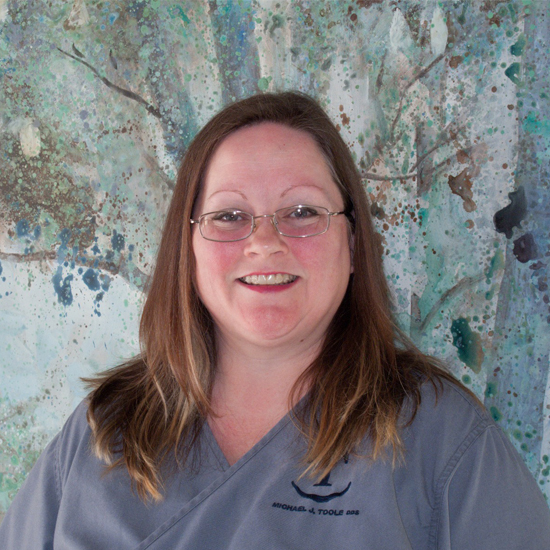 Dara is a Tulsa native, and has been with the practice for over 20 years as an assistant and working the front office. She is married and has one daughter and two fur babies. When she’s not at work, Dara enjoys movies, arts and crafts, and spending time with her family. 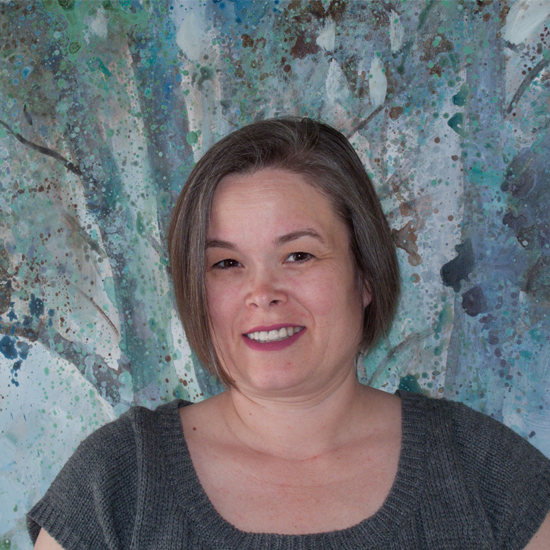 Lori has lived in Tulsa, OK for 25 years after moving from Washington. She has been married for 24 years and has two children, a 15yr old girl and a 12yr old boy. She graduated dental hygiene school from TCC in 2000. She loves spending time with her family and enjoys swimming and reading. 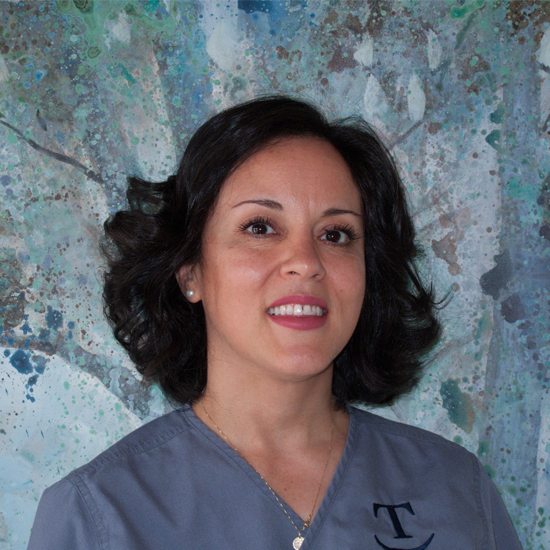 Teresa was born in Houston, TX, and has called Tulsa her home for the past 28 years with her Husband Lucino and three boys, Tlaloc, Anahuac, and Leonel. She graduated from Jenks High School, and then attended Tulsa Community College and has been with Dr. Toole since 2006. Outside of work, Teresa enjoys hiking, camping, as well as being active in her kids school activities. 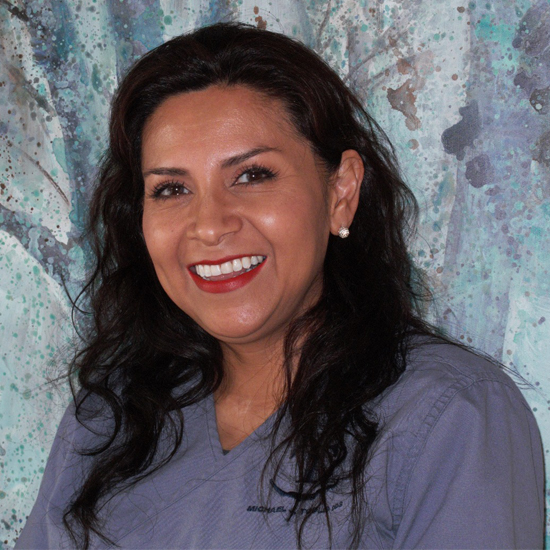 Lorena grew up in Tulsa, OK and has been a dental assistant for 19 years. She loves her job and loves helping patients and seeing them smile. She is married and has 3 kids, a 21yr old boy, and two girls aged 14 and 6. Lorena is an avid runner and enjoy running marathons in her spare time. 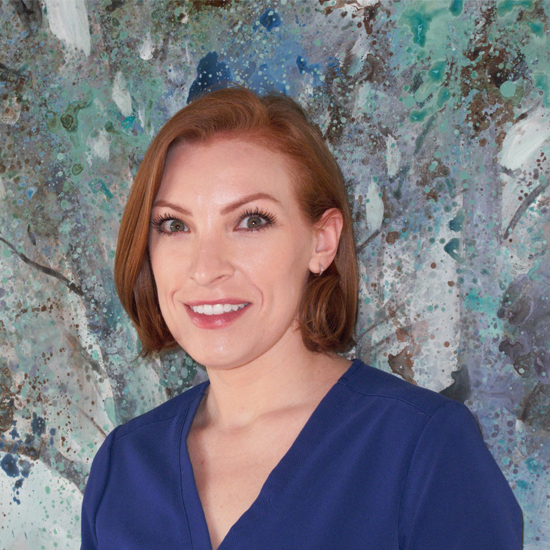 Grace grew up in Tulsa, OK and has been a dental hygienist for 8 years. She currently lives in Jenks with her husband and 3yr old twins. She loves to travel and spend time with her family. Grace loves her job and looks forward to meeting and serving new patients. 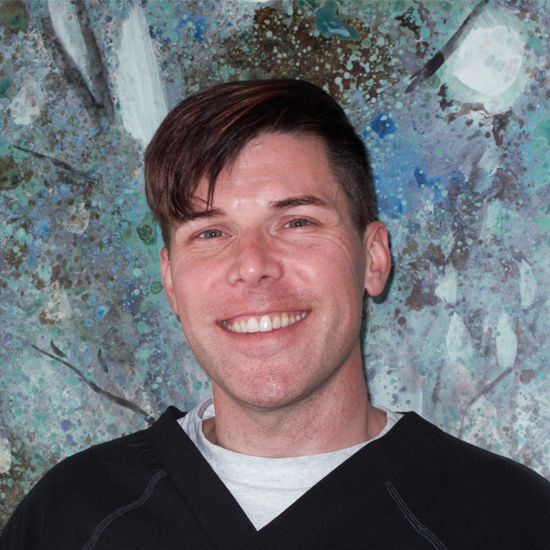 Allen grew up in a military family and has lived in as many as 7 states as well as spending several years in Germany. Before moving to Tulsa in 2002, Allen served in the Air Force for 4 years in North Carolina. Allen has practiced dental hygiene since 2010 and since 2014 has frequently taught up and coming hygienists in the TCC dental hygiene program. When he’s not cleaning teeth, Allen can be seen running the streets of Tulsa or Broken Arrow training for his next marathon or can be found geeking out at the local comic shop. He looks forward to helping you along the road to better oral hygiene, and hopefully having a few laughs along the way.